Travel and Learn in Egypt

Without the Nile River, all of Egypt would be desert. Only about an inch (2.5 centimeters) of rain falls throughout Egypt each year. But each summer, the river rises because of rains at its source far to the south in Ethiopia. Floods cover the river’s valleys, leaving sediments needed for trees, plants, and crops to grow.

Egypt is often divided into two sections: Upper Egypt in the south and Lower Egypt in the north. The sections are named this way because the Nile flows from south to north. The river empties into the Mediterranean Sea.

Southern Egypt’s landscape contains low mountains and desert. Northern Egypt has wide valleys near the Nile and desert to the east and west. North of Cairo, the capital, is the sprawling, triangular Nile River Delta. This fertile land is completely covered with farms.

The major places that you can visit during your stay in Egypt:

the tomb of Imam Shafii,

the tomb and mosque of Hussein (R.),

Mediterranean coasts and others…

Nile Arabic Learning Center Egypt is a center of attraction for those who want to learn Arabic around the world. 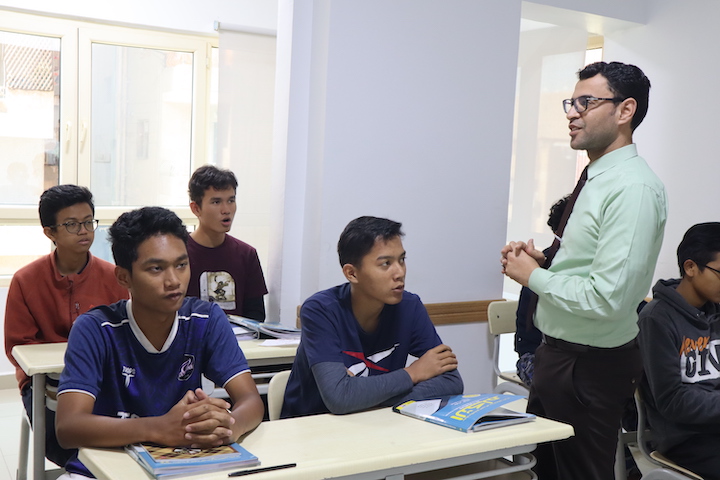 From which one you  are ? “I am understanding but I can not talk” or don’t know anything ” I need to learn one day”  than delaying this all time and not begin to learn.